After an almost two year hiatus TIM is back, and you might be wondering why I took a break and (of course) why I have chosen to pick up again. So this post is designed to feed your curiosity.

So here are my three thoughtful reasons for taking a break from TIM:

Capacity & Change
Depending on national and local decisions about SEN/D or funding, sometimes additional space is needed to think through the implications and logistical issues.

Since the funding changes of 2013 that proceeded the SENDA 2014, Higher level SEN has had an impact on school budgets and depending on a school’s size, resources, offer and ethical perspective, this has meant rethinking the organisation and delivery of inclusion, including staffing.

For my setting that led to a reorganisation in 2015-16 and a restructure in last half 2016-17. The former was a mainly positive experience which gave staff an opportunity to reflect on their skills and future interests and allowed the school to invest in leader specialisms in key areas.

The latter was forced by the recent Fair Funding Formula (a political oxymoron) and the government’s much favoured research by the Sutton Trust that has been used extensively to influenced thinking in the sector about the role and effectiveness of support staff in classrooms.

Restructures are just plain awful. Period. It’s an anxiety ridden process that triggers deep seated emotions and feelings amongst staff. I really hoped that we would get a change of government policy in time, but it wasn’t to be and it was traumatic to lose people who had contributed to our success, but there wasn’t an alternative way forward.

As a TIM who has trained and lead the majority of the support staff – over a number of years, these two processes dominated SLT time, thinking and energy  so TIM just had to take a backseat.

Wellbeing & Authenticity
I started writing TIM because of my first hand experience of the impact of the stresses of TIM’s role. I was quite simply struck by the simple question: How are other Inclusion Managers and SENCOs dealing with the demands of this mammoth role?
However over the last two years that discussion has had to continue at an even more personal level as my own health was challenged by emotional overload and physical illness. At the time, it was tough to talk about experiences or share reflections with others when I was still weathering the storm myself.

For me, ‘praxis makes perfect’ and TIM is about all sharing the ‘praxis’ – words and action, that have helped me and I believe can help staff to meet the demands of Inclusion more effectively. However, if I haven’t got that right for myself – I can’t speak with authenticity, so silence is always a useful option.

Celebrating successes & a new season
So 2016-7 marked our fifth year since our last Ofsted and in amongst all of the above, we were confident that as a school, we had capitalised on our strengths; addressed our development points and were ready to upgrade our category.
Our inspectors eventually arrived in May 2017 and over three days with 5 different inspectors, lead by one of OFSTEDs senior inspector, we got the result we wanted.
For our team it was an emotional time: Over the last seven years we have certainly seen our school community go through some extremely difficult times, and we went through that with them. That struggle has been present in our community for more than a few decades – so it was a sweet reward to be recognised for what we are offering and to be able to celebrate with our families and our supporters. We celebrated in exuberant style.

So – no more inspections for us, under the current schedule, but we still have plans to take over the world or maybe just the DfE, so watch this space!

In amongst all of this, I managed to complete my SENCO Award qualification and rediscovered my love of academic study and learning so now that things are more settled; the systems are well embedded and our teams are confident, I will be carving out some time for engaging with some non – education based study – just for the love of it. 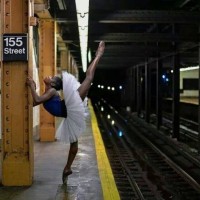 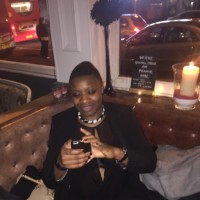 Journal of an Angel

Reflections on the unexpected methods, management and madness of inclusive education.

The life and times of a Jonah-esque candidate for ordination.